I noticed you identified my father, Donald C. Ford. Are there other links with additional information? My dad passed away in 1975. I have his log books and training record. 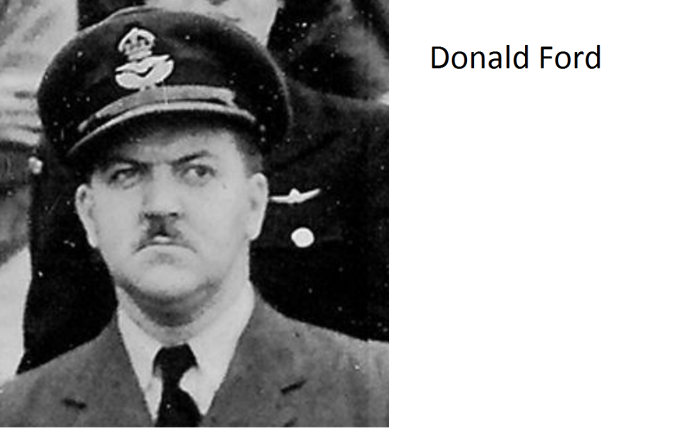 Windsor Mills began as an airfield constructed for Trans-Canada Airlines. It was taken over by the Royal Canadian Air Force after the outbreak of the Second World War. No. 4 E.F.T.S. opened in June of 1940. It was operated by the Windsor Mills Flying Training School Limited. The initial training types were the Fleet Finch Mk. I and Mk. II. They were replaced later by the Canadian-built D.H. 82C Tiger Moth. Operations commenced on the 24th of June 1940. By the summer of 1944, the contract with the R.C.A.F. was terminated. Flying operations ceased on the 25th of August 1944. A skeleton staff remained to look after what became known as No. 302 Aircraft Holding Unit (re-designated as No. 7 Surplus Equipment Holding Unit a few months later).

Post war, No. 2450 AC&WS (Aux) based in Sherbrooke used Windsor Mills in the early 1950s where they operated their AMES 11 convoyable radar.

Circa 1955 the Windsor Mills airport was sold off to Lewis Brothers Asphalt Paving Limited of Montreal. They tore down all the buildings. The runway has been re-paved (I don’t know exactly when). Up until 1998, the runway had been used by Ailes de St- Francois Aero Club among other organizations.